Nancy Jaywork earned two bullets and a second to sneak ahead of Sunfish rival Rob Lackey in a field of six Sunfish for the season opener on June 5. In the Flying Scot division, Don Walbrecht won all three races, with his crew Laura driving the first two.

Winds started from the west, but swung south as soon as the first race was off. They clocked back to the west for the third and final race of the day, according to Dave Racine, Presiding Race Official. The race committee did a great job with the rolling starts so each class spent as much time as possible on the course.

The race committee was RBSA staff member Grant Hartman and RBSA treasurer Marie Murray, who snapped photos from the skiff. 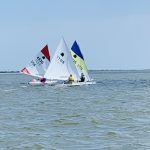 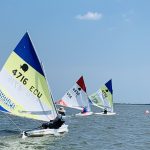 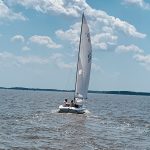 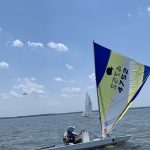 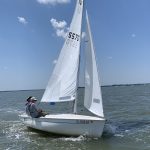 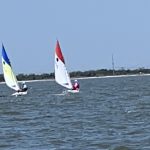 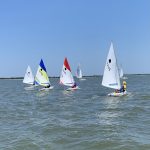 Sunfish off to a good start! 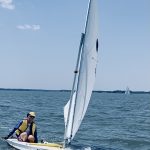 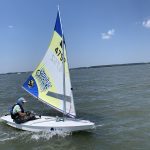 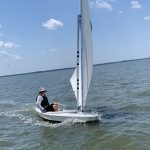 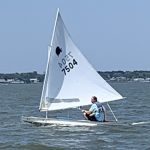 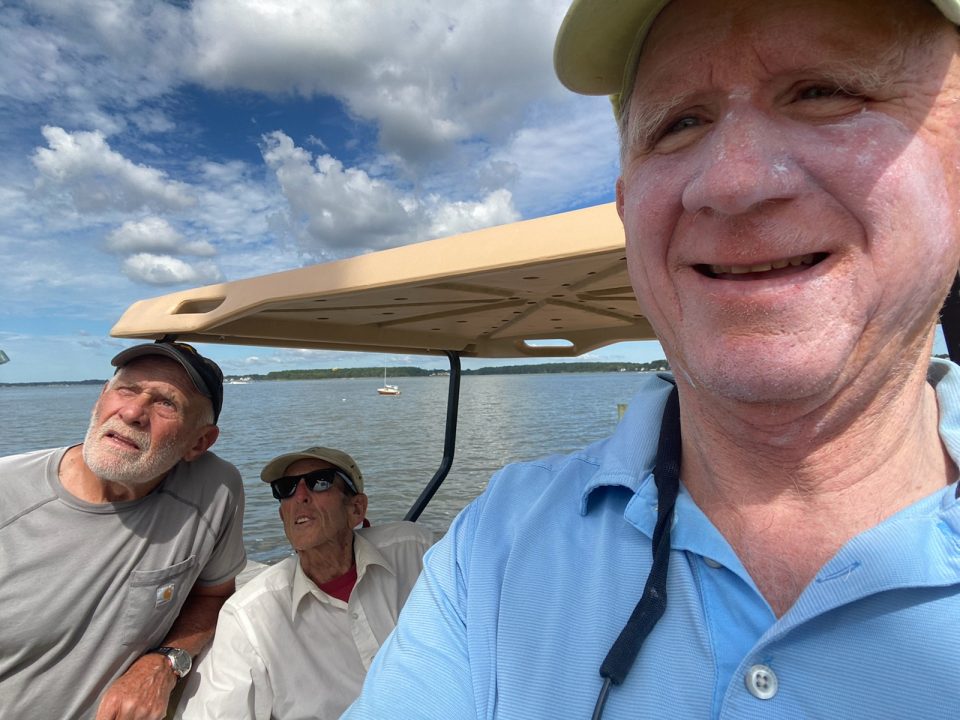