The Return of Hobie Cat Tails, aka In Pursuit of Monohulls

Eight competitors signed in for the August 8, RBSA Around the Bay Pursuit Race. For those who are
not familiar with pursuit racing, the concept is simple. Handicaps are assigned to boat classes. The
slower boats get a head start and the faster boats try to catch them. If the handicaps are up to date, all
the boats finish close together. The first one to cross the finish line wins.

The day started off with little to no wind but with a forecast for an easterly to kick in. The promised
easterly hit at about 1240 hours and filled in enough to get the race started at about 1300. As Steve and
Rob in a Precision 18 were to start first, the warning gun was postponed while they struggled to get
their motor properly stowed. At about 1305, the warning signal was sounded and the race was on.
Steve approached the start a little early and had to do a 360 before starting making him a little late. The
horn for the sunfish start (there were no sunfish) was sounded and the rest of the fleet waited for their
start time.

The next boat that started was Neil, Dick, and Andy in a Hunter 216. Oops, they started 5 minutes
early. We will have to consult the judges on that one. After that Brad started in his J Sailor. At the
14.5 minute mark, the Flying Scots were to start but where are they? Roger, with Dave S as crew, was
at the start line but Don and Laura were somewhere up the course. Susan in the rental Scot was also up
the course with Rich on board, but that is understandable as the rental should probably have its own
handicap. Craig and Chuck in a Hobie 16 started next while Bill waited for his start at the 53 minute
mark.

At Bill’s start, it looked like most of the fleet was near the Marsh Island mark, and all straight down
wind. On this leg the wind was still a little unstable and jibing on the lifts was the thing to do for the
catamarans. Meanwhile, at the Marsh Island end, Roger made up a lot of distance but was still chasing
the pack. Craig struggled a little going downwind and Bill caught him just before the Marsh Island
mark.

The second leg was a close reach. Roger made fast work of passing Steve first, then Don, and then
Susan. Bill headed high of the mark for the first half of the leg so that he could get his bearings to 7A
while passing 7. The Hunter rounded 7A, followed by the J Sailor, showing the way for the Scots.
Steve tacked at 7A letting Bill know where the mark was and Bill proceeded to beam reach into the
mark.

The third leg was also a close reach. Roger managed to pass Neil while Bill set off in pursuit of Steve.
About half way up the leg, Bill passed Steve. It looks like the Precision 18 handicap is way off the
mark. Roger followed Brad around 3, closely followed by Don. Bill spotted 5, 15 degrees to
starboard, so he headed up to make sure he could make 3 without tacking. A Flying Scott rounding 3
let Bill know where the mark was. It was a good thing he headed up earlier as the mark was just off the
port bow.

Around 3 and back to Marsh Island was another dead run. Most of the Scots, the Hunter, and the J
Sailor were already on the next leg. It’s going to be hard for Bill to catch that group. The order at the
Marsh Island mark was Brad, Roger, Don, Neil and Susan. Bill was jibing on the lifts downwind again
to the Marsh Island mark with Craig, and Steve hanging on.

Shortly after rounding the Marsh Island mark, first Roger and then Don passed Brad. Bill was now
finally on the same leg as the leaders. Bill caught and passed Susan in the rental boat about half way to
7A. The rental boat really does need its own handicap. Boats ahead start rounding 7A and Bill noticed
there must have been a wind shift. What was a close reach on the last lap has now become a true beat.
Bill had to tack 2 boat lengths away from 7A to make the mark and it was off towards the club and the
finish line.

The wind shift made this leg a tight reach to a fat beat. Don kept the pressure on Roger. Neil kept more
to the center of the bay while Brad favored closer to shore looking for the shore lift. Bill focused on
them, leaving the Scots for later. Down in the puffs and up in the lulls, it took most of the leg to catch
and pass Neil and Brad. It was hard to tell which of them was ahead as they were beam to beam but
there was a good half mile separation between them. Neil looked to be in front but Brad had a better
angle to the finish.

It was time for Bill to chase the final 2 Scots. It looked like a bridge too far and so it was. Bill closed
the gap but ran out of time. He was close enough to see that Roger maintained his lead over Don. Bill
crossed third and Brad just crossed ahead Neil for fourth. Susan finished in sixth. Craig came in
sometime later, never finding 7A the second time. Steve also got lost on the way to 7A the second time
around. That late wind shift sure made it confusing.
Beers, snacks, and stories were shared on the deck afterwards, but wait, where is Steve and Rob? A
search of the bay from the deck didn’t reveal any sails anywhere close to the club. Didn’t Steve’s boat
take some damage in the storm? I hope they didn’t sink! Oh, there they are, sails down and motoring
in. Disaster averted!

As usual, everyone had a great time. Its too bad that the first 2 pursuit races scheduled for earlier in the
year were canceled. Come race with us next year and join in the fun.

By Bill Colgan with input from Roger Anderson 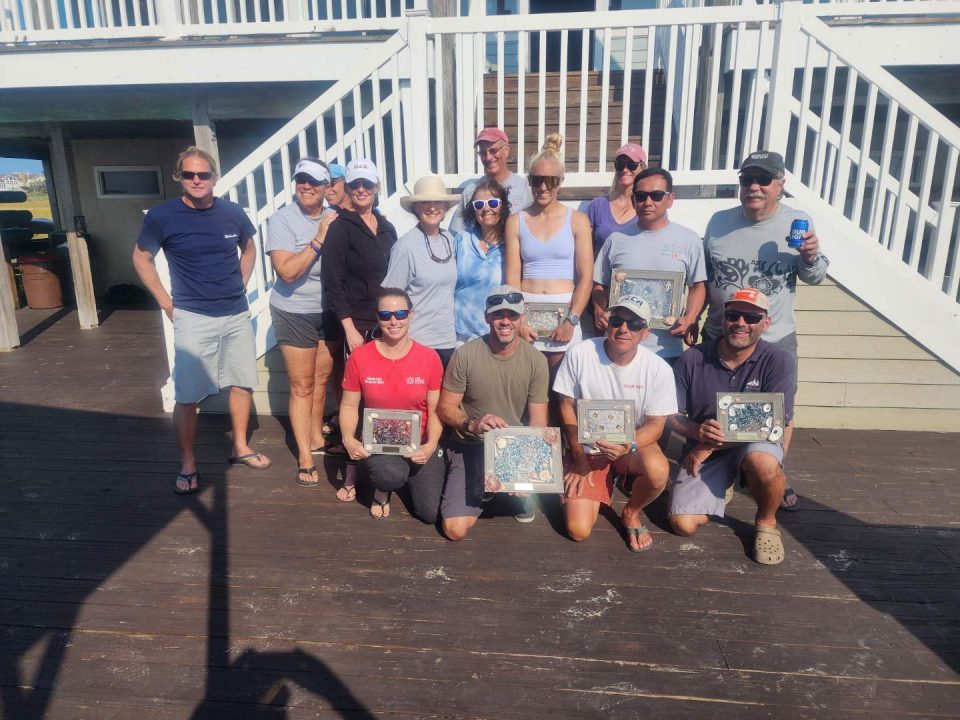 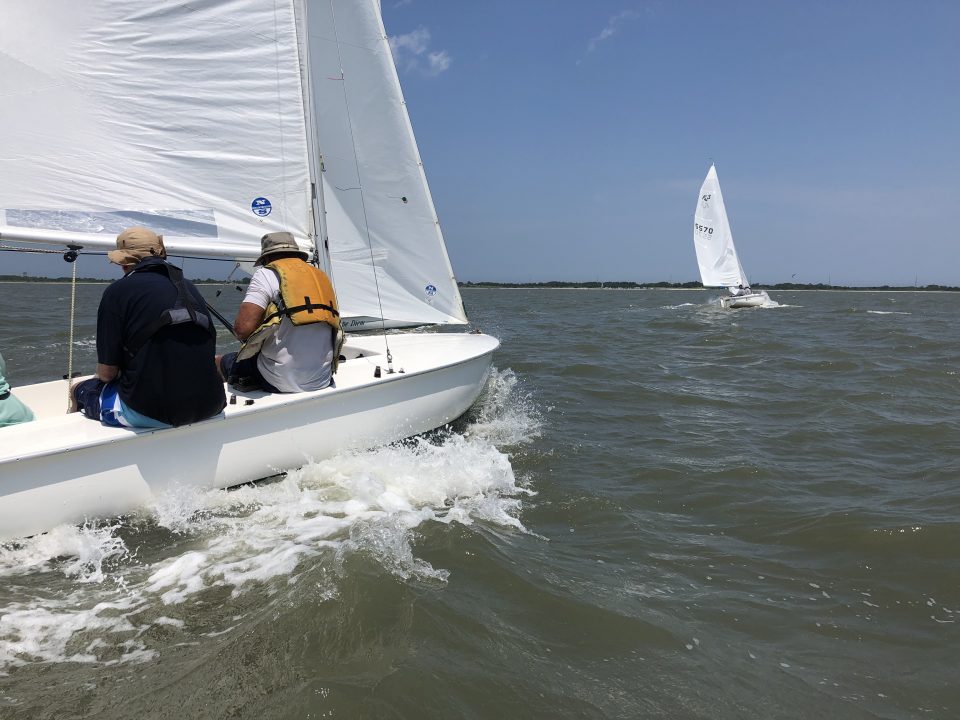